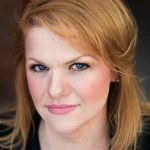 Camiah has been performing and studying the voice for decades.  Her experience and knowledge comes from years of training with the music industries finest artists.

After studying music and dance in college, Camiah moved to Georgia where she began teaching voice lessons. Twenty years later, her love of music and teaching that music to others has only increased.

Camiah earned her Level 3 certification with Speech Level Singing, but has since moved on to some wonderful, state-of-the-art vocal techniques. In 2010, Camiah became an authorized instructor for Vocology in Practice and International Voice Teachers Of Mix and she currently a Mentor Teacher for both foundations. Working with some of the world’s finest voice technicians, musicians, vocal health doctors, vocal research scientists and industry professional has allowed Camiah to continue her own personal and professional growth and pass that along to her students. She has been able to help several clients recover from vocal injury and surgery and return to their professional careers in music.

Her students have been awarded thousands of dollars in scholarships and are now entering their professional careers. Camiah was honored to be hired for teaching voice at the VocalizeU Artist Intensive in Los Angeles in 2014 – present and teaching other voice teachers about the college and professional musical theatre audition process during Vocology in Practice teacher training in LA.

Camiah has directed a variety of adult and children choirs, small orchestras, community performances, show choirs and participated in a variety of national competitions. She has also enjoyed involvement in community theater from all aspects – leading roles to choreographer to hair/makeup specialist. In December of 2013 and 2015, Camiah was honored to play the female lead in the Southern Tour of The Forgotten Carols which toured many states, including Alabama, Mississippi, Georgia, Tennessee and South Carolina.

Camiah taught private and group voice classes at Performer’s Warehouse, a school of excellence in performing arts which specializes in preparing students for college and professional auditions. Camiah enjoyed music directing various musical theater productions such as Les Miserables (for the renowned Dave Clemmons), Into The Woods, Hairspray, Legally Blonde and In The Heights.

In 2018, Camiah launched College Audition Project (CAP) with four colleagues. CAP is an online training, organizational, community driven, audition focused resource for any student of the arts who wants to pursue theatre and/or musical theatre in college. CAP provides online training classes, private lessons, an online organizational tool, a college database for easy research, up to date application and audition information, Q&A’s for students and parents with the CAP Team, Q&A’s with college faculty to explore individual college programs and the largest private mass audition called CAP United Auditions, which in 2020 offered 100 students the opportunity to audition for 65 college programs from around the world in just one weekend. CAP’s innovative tools, combined with individual training, has revolutionized the college audition process, helping hundreds of families in just three years to get maximum results while also reducing costs. CAP also offers thousands of dollars in scholarships to teens across the nation who financially cannot afford the expenses of college arts auditions. Providing CAP services and scholarships is one of the things that Camiah is most proud of in her career.

Camiah’s students have performed on National Tours, Broadway, international cruise lines and in the most respected regional theaters in the nation. Some students have earned degrees in songwriting from Berklee College of Music in Boston, or music therapy from University of Georgia and many other music programs from around the nation. Camiah’s students can be found studying musical theatre at Brigham Young University, Indiana University, University of Oklahoma, Texas State University, Wright State University, Boston Conservatory, Shenandoah University, Royal Conservatory of Scotland and many other prestigious college programs from around the world. Her students currently teach choir in schools and private voice lessons as well. Camiah enjoys training other voice teachers how to hone their own teaching skills and grow their vocal studios.

Camiah hosts several live concerts in the Atlanta area throughout the year to give her singers an opportunity to share their skills and uplift the community in which they live and perform.

Watching her students achieve their goals in music is Camiah’s first priority, whether that goal is to simply enjoy music in the privacy of their home or if their goal is to make a career out of creating and performing music – Camiah can help you reach those goals.